!!!WILL DEVELOP AS IT PROGRESSES!!! 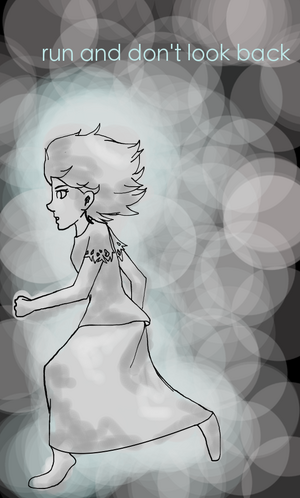 Life is hard here. My country was run by a government, whom we called the Oppressors. The Opressors were twisted in every form of way, and had many rules that affected both adults and children. Every child with a guardian from the age ten to eighteen will be working as a slave to a different master, and adults would have to have a certain skill that would prove to use to the Oppressors in order to live. Many were executed.

I never understood why it would come to this, or what we have done to deserve such a rule, but it bothered the most of us children, except for those without guardians. There were many of those in this world.

For those without guardians, the rule went a different path. We were to be living in an orphanage, until a person adopts us. The person who decides to adopt us was to be our master. However, although it seemed like many of us would have been adopted by now, there was one drawback. Only one child could be assigned to one person. That was what kept a lot of us in the orphanage, but as usual, the number would keep growing and growing.

So the Oppressors decided to enforce a new rule for those without guardians. It was said that every orphan that manages to reach to the age of 16 and still not have a master would be killed, to keep our population from growing and growing. The orphanage that we were in would have complete control over us, and had every right to do as they please, whether it'd be kill, torture, or experiment. But they couldn't keep track of all of us, which was why they forced us to inject a tracking serum into our bodies every morning to show where we were going. This couldn't be avoided, since cameras were always in our room, watching our every movement.

However, every once in a while, one child would run away, and no one would know how. We would never know of what happened to them, since they would never return, nor did the leaders of the orphanage could ever find them. Many of us believe that they were either killed off in the outer world, since it was mostly rugal, but others thought that they went somewhere where nobody would find them.

We called them the Runaways.

I woke up to the sound of my alarm.

I winced at the ear-splitting noise, and quickly fumbled my fingers around, attempting to locate the off button. How long has it been on? I wasn't very sure. I was known for my tendacy to wake up late, which earns me enough punishments to keep my cowering at night.

Robotically, I sat up and glanced sideways at where the clock was. It took me a moment to process the "6:25 AM" on the bright, glowing blue text, my eyes drooping as I started to slip back into unconsciousness. Suddenly, the time rang a bell in my mind, and I opened my eyes in panic before slipping out of my bed. I hugged my shoulders, which were cold from the lack of heat that my bed processed, and stumbled out in a hurry. I had to be with everyone else by 6:30.

You're going to be late again, aren't you? I silently scolded myself. My foot slipped as I walked towards the dressing table, and I tripped onto the cold, hard ground, my chin aching where it landed. Buck up, Mytris, and snap to it! I wearily heaved myself up, shutting my eyes as an attempt to avoid the pain.

I quickly changed into my usual uniform– the orphanage required every one of its children to wear something that they would recognize. It was an uncomfortably thin set of a gray, short-sleeved shirt and a black skirt that reached my ankles. There were no other clothing to go with it, so it wasn't very good for the cold weather. Both were labeled wtith the logo of my orphanage, which was a little image of two dolphins.

Staring at myself in the mirror, I glanced at my serum, which I gently grasped with my hand. It was essential for my orphanage, and in order to keep us from running away, security cameras were set to ensure that we would inject ourselves with the blue-ish green liquid. Just as I lifted the tube to my neck, the sound of yelling distracted me.

I panicked at the sudden sounds from outside my room, and dropped the serum. The vial which the serum was in slipped out of the tube and shattered on the ground, sending the blue liquid everywhere. I yelped, and stumbled back, ignoring the pain in my foot where it had stepped on the shattered glass.

I hugged my arms, my attention reverting back to the serum. I cursed under my breath, and awaited for two of the orphanage's staff to come and get me.

I focused on the door, becoming more and more confused by the second. Didn't I do something wrong? Should I have been punished for not taking the serum by now? Or, did whatever that caused the yelling outside also shut down the security system? Before I could think further, my door slammed open, and I saw two figures- probably the orphanage's members, advancing towards me.

I wasn't sure what had happened next. All I knew was that I blacked out.

My head is aching. I can't see clearly; blurry images move back in forth in front of me. I can barely catch the words floating around me, and my determination does not help as I fall back into unconciousness.

Retrieved from "https://compositions.fandom.com/wiki/Run_and_Don%27t_Look_Back?oldid=8410"
Community content is available under CC-BY-SA unless otherwise noted.